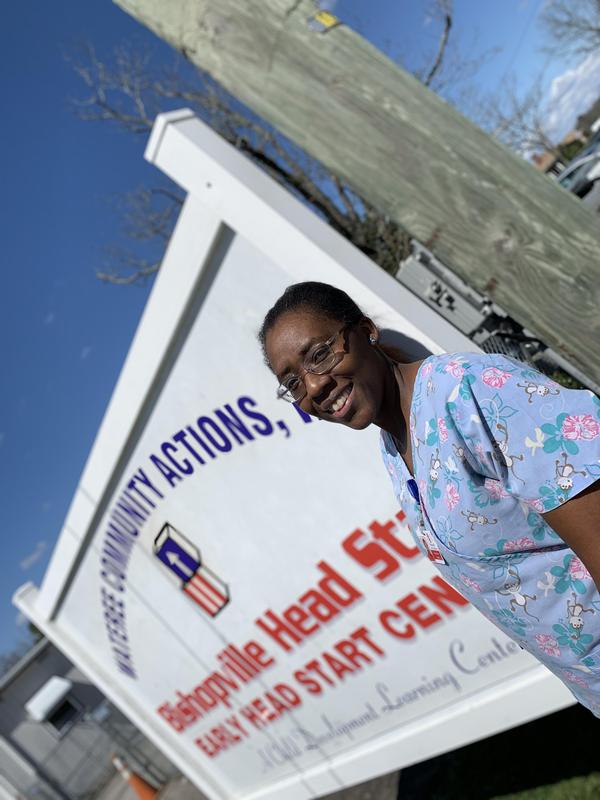 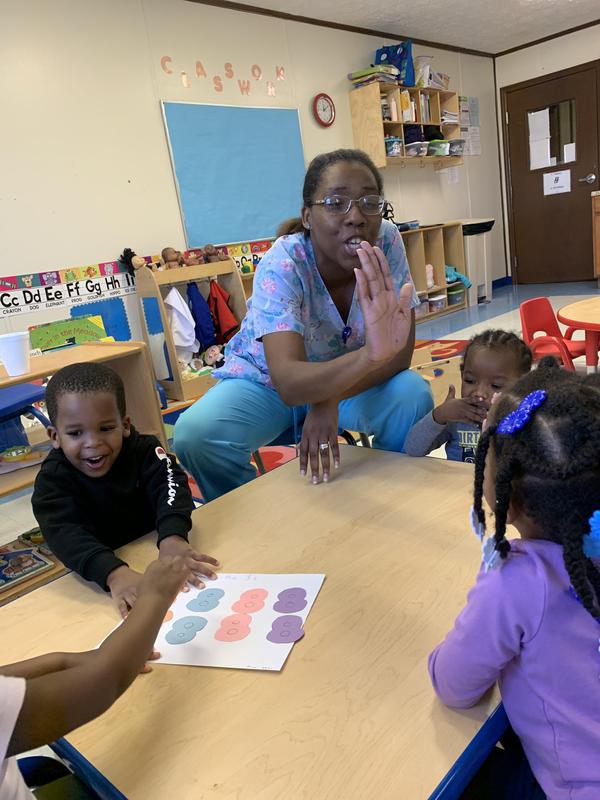 Final months of service find her still at work

Every gathering of the Parent Teacher Organization (PTO) at Lee Central Middle School (LCMS) and nearly every other school event for years now has been attended by the PTO President Catina Stinney. She is widely known for her perfect attendance of these events and her participation is even more notable.

She was there when her 24 year-old daughter was a student and is at the school now as her eighth grader, Olivia, completes her final year at the middle school. From setting the tables and assisting the caterers, to addressing the individual needs of students and parents, Stinney is there. Her principal, Patrice Holmes calls her a genuine worker.

“I assist Mrs. Holmes in trying to put together different activities for the school to help raise funds for the parents and the children because we want to get more parents involved,” says Stinney. “We feel if we get them involved – that step first – it will show the children that they can take initiative and take on leadership roles.”

Though she readily accepted the position of PTO president when the previous principal was in place, it wasn’t exactly her doing. The former principal came to her one day and said, “I’m appointing you my PTO president. (I said) we are going to work it together; and it just took off from there.”

LCMS’s PTO consists of parent volunteers whose aim is to build camaraderie and cohesiveness among parents, students, staff and the school district.  As president, Stinney spearheads those efforts. When asked by others why she does so much she answers, “If I’m in there to see what’s going on, I can better assist my children and help a lot of the other parents to know what’s going on.”

Her goal is to help others to help themselves by setting an example, she intimates.

“I want a lot of other parents to see that the more you stay involved in your child’s education, and you take a leadership role, they’ll try,” says Stinney. “Even if they don’t succeed and get that role, they’re going to continue to try.”

Leadership appears to be Stinney’s lot as she is also a full-time lead teacher at Bishopville Early Head Start. There, she is responsible for promoting school readiness from infancy to age five. A major part of her responsibilities, just as with PTO, is rallying parents. Her advice to parents of the young and old is, “Don’t wait until you get a negative phone call to be involved. If there is something good going on, continue to encourage that.”

She says there should be an urgency about the clarion call to steward their child’s education.

What exactly does parent participation look like? Stinney is asking parents to attend more parent conferences, Open Houses and PTO meetings. She further encourages them to read the newsletters, the district website, and the correspondence in the child’s book bags.

“We’ve got the avenues; we are just asking them to reach out and take advantage of it,” says Stinney.

Ironically, though she’s become somewhat of the “go to” person for garnering parental support, Stinney said she really didn’t want to work in the field of education. Her mother had done so for decades at Fleming and Lower Lee in various capacities and it’s just not what Stinney wanted for her life.

Not long after that, she began working at a daycare and earned an associate’s degree in education from Morris College.

Her next step is on to the high school as Olivia matriculates there. She has plans to secure her LCMS legacy of parental involvement with the few months she has left.

“So, I’m in the process now (of) trying to get my parents together to get a new board together with a strong president and vice president that’s (going to) help Mrs. Holmes the way that I have,” says Stinney.

With a plan of succession in place, Stinney says she will be ready to take on her new opportunities to serve, which awaits her just across the field from LCMS.