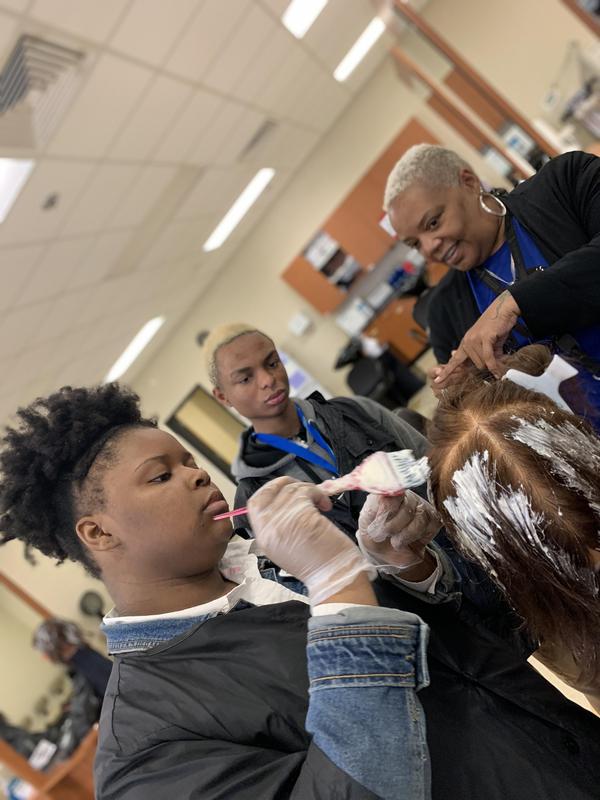 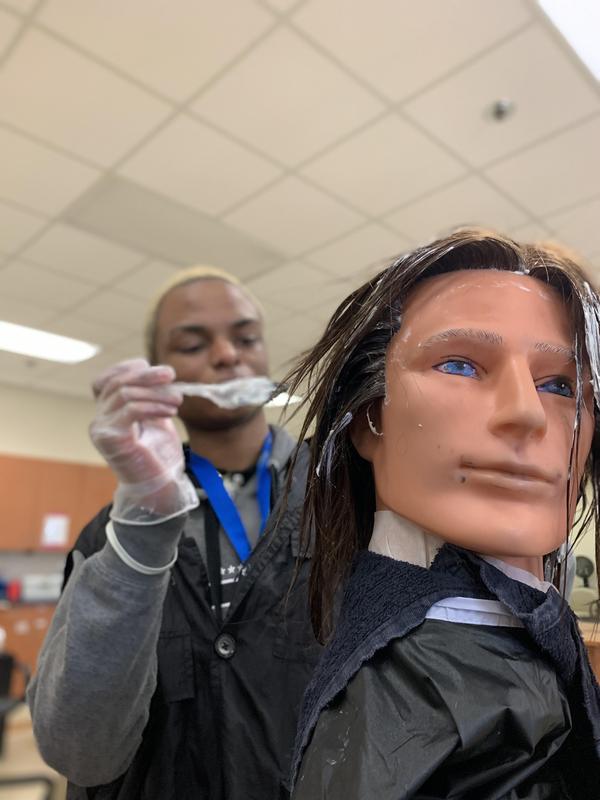 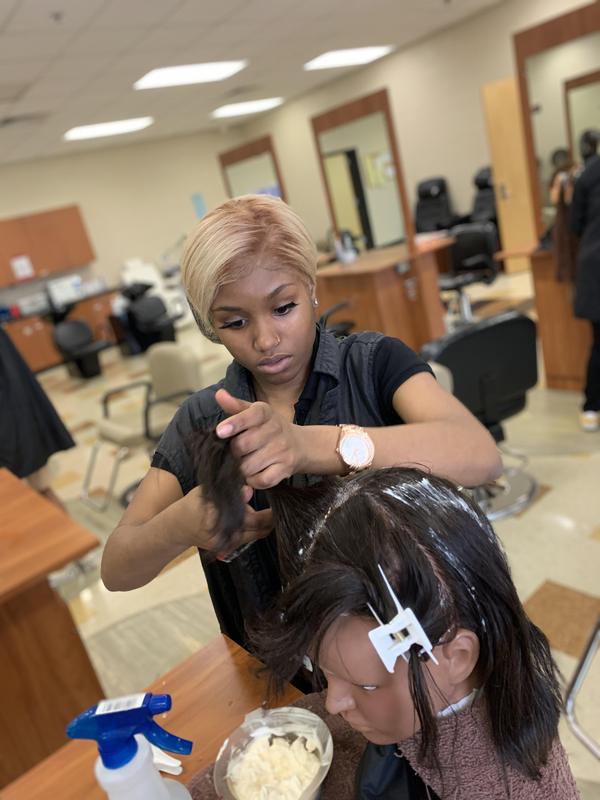 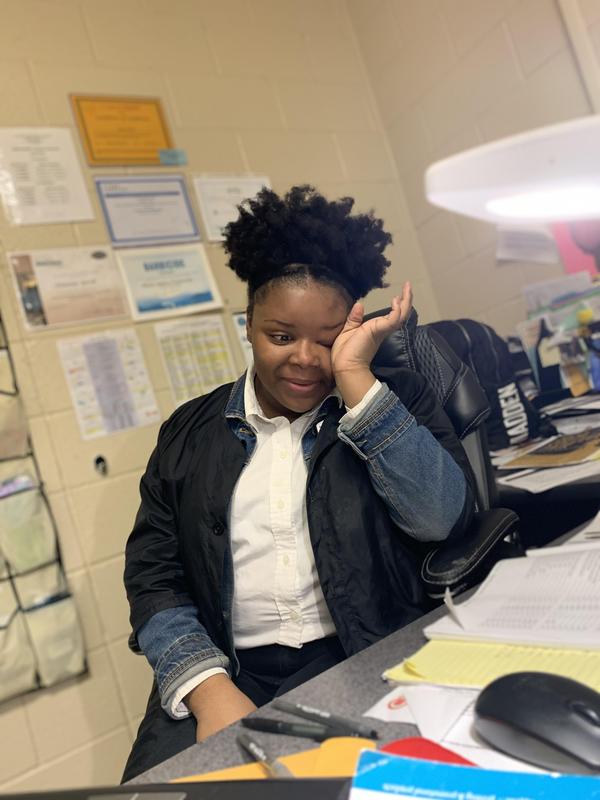 In walks a high school student requesting that Lee County Career and Technology Center (LCCTC) Cosmetology Instructor Donna York grant one of her students permission to wash her hair. Without a moment’s hesitation, York responds, “We don’t wash hair here.”

Giggles abound but the student soon realizes that she has just had a lesson in hair care from the master stylist turned instructor, York. The word she was looking for from the student was “shampoo”.  York has owned her own business for a number of years and has made her way to the classroom. Her shop is named, “Beautiful You.”

“I really took my time to come up with a name of what I wanted them to feel when they came in here,” York says. “If you don’t feel like it coming in, you’re going to feel like it when you leave.”

She’s carried that same motto into the classroom according to her students. One in particular, Jada McCoy, who is classified as a junior, couldn’t stop singing her praises.

“Mrs. York is like my second mom. Basically, she’s like – she says I think I’m her sister,” says McCoy. “We got a connection over the years… she is actually a very nice teacher.”

But nice is not all she is. York is very pragmatic with her students as well.

McCoy relies heavily on York’s insight for various aspects of her life.

When asked about her upbringing, a tearful McCoy paused for what seemed like a lifetime. She and her older brother were primarily raised by her grandparents, though she does have a relationship with her parents. Her home life made the bond with York even more significant.

It’s no wonder students are vying for a seat in her classroom.

“So at first, I was in health science and I was like, I want to be a nurse (but) all my friends were in cosmetology,” says McCoy. “Every day I would stop by or come by and speak to Mrs. York.”

York would tease McCoy because she knew how badly she wanted to be enrolled. Rather than deter her, it served as motivation for McCoy.

The rest, as they say, is history. Upon entering the classroom on the first day, McCoy says the learning began.

Much of her wisdom came from her parents rather than the text books, says York. She describes her father as, “The hardest working, smartest man I know (and a) great provider.”

The expectation for this only girl of five children was the same as far as her parents were concerned.

“I used to hate him (father) growing up because he made me change tires, clean the house, get under the hood…everything,” says York. “I couldn’t catch a break.”

Even with all she accomplished, her father would still call her lazy at times, says York.

“He just did that to motivate me,” she says. “He always did the reverse psychology.”

Looking back, York says she’s grateful because she now knows she can make it on her own.

“Once I got grown and left home, I had a flat in the streets out there,” she says.

It’s at those times that she remembers the lessons her father taught her. The Philadelphia native and her family moved to Bishopville when she was in ninth grade. By the time of graduation, it was apparent to all who she would become. On class night, “Everybody said, when they read the superlatives, Donna Black will be a successful business owner …and a hairdresser.”

Even as a child, York would cut and style the hair of her dolls. That, coupled with the affirmation of her peers, somewhat solidified her destiny, she says. The final push came from the former director of the vocational school who recommended York attend beauty school upon graduation.

“I said I guess I’d better go because I’m not going to work,” says York. I finished it, and ended up that was the thing, I guess. I kept on doing it.”

It’s a profession that has taken her to major cities all over the nation and has afforded her the opportunity to live well, says York. It isn’t the financial gain though that gives her the greatest pleasure. It is impacting the lives of her students that has made all the difference. She recalls one student from seven years ago, who in the last quarter before commencing, was expecting a child.

“She told me that (she’s not going to) be able to come back to school and I told her no ma’am,” says York. “You’ve got to come now because you’ve got a baby to take care of and this is what you want to do.”

She gave birth to the child, came back, finished the program and passed the test, says York. The student and her child are doing well now.

Rather than standing in the position of teacher, in this case, York says her stance was quite different.

“I learned more from them really,” she says.

Each passing day since, York says she has come to realize just how much the student and the teacher learn from each other in their acquisition of knowledge.